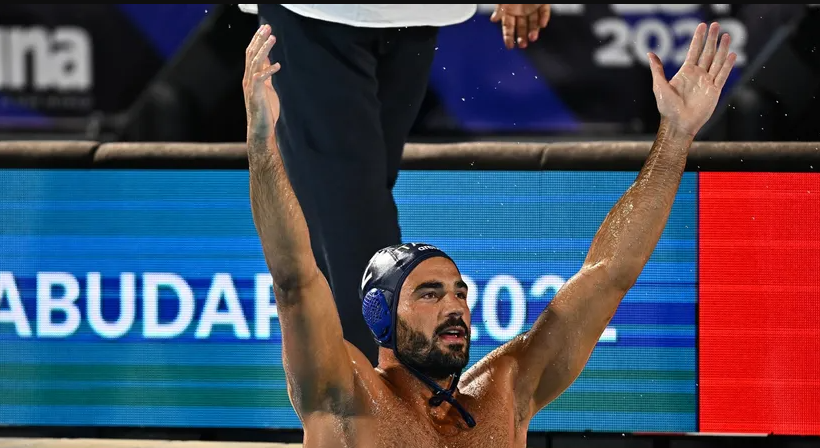 Marko Micic – ex-player and currently AEK’s (Greece) head coach – is breaking down the quarterfinals day of the men’s water polo tournament in the World Championship of Budapest 2022, along with #Aquafeed24!

With exception of the USA, which is always in the top 8 but rarely in the race for the medal, we have seen 3 big teams which will be watching semis from the stands.

Italy-Hungary was a final! Rhythm, duels, shots, counterattacks, intensity everything was All In! Real present for all the viewers last night. Taking into count that six thousand Hungarians were cheering their guys in the heart of Budapest, makes this victory of Italians even heavier. Italians were simply just a little more than Hungarians. A bit faster, a bit better shooting, a bit better with a man down, a bit more inspired goalkeeper, and one Di Fulvio. He is creating an era of a new type of player, almost self-sufficient… needs somebody to pass him a ball. More than a few times he has shown his commitment to the result and his conscious acceptance of the only way to that result. Give 100% in every aspect of the game.

A similar player is Argiropulos, from the Greek national team. What is needed? Five meters shot? Center forward? One good defense on center-forward? Steal? Block? His loyalty to his hard work and the time invested in himself is admiring.

Both of these guys are a dream for every coach. Of course, Greece had a less demanding adversary yesterday, but still, they had to overcome an injury of the goalie, Manos Zerdevas, one of the best Greek players in the Tokyo Olympics. In the second period, the Greek team had a small “negative curve” with a fresh goalie, Tzortzatos. We have to acknowledge that he jumped in pre-semis, took the responsibility on his shoulders (no choice presented ☺️), and managed to overcome stress and pull defense up to the known level! In the third period, zero goals!!!

This will be the first couple in the semifinals, Italy and Greece. Two disciplined teams, Greece with two young center forwards eager to show themselves, Italy always in the highest shape, Di Fulvio – Argiropoulos…. enjoy the showdown! 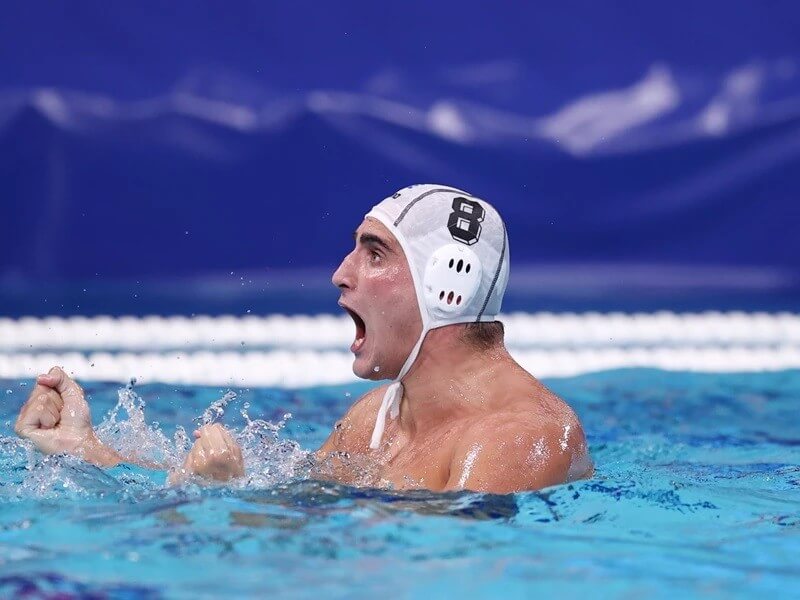 Croatia won the Olympic champion, Serbia. It seems that 6 new players in Serbia is a significant number and a change came suddenly to maintain the demanding performance. The rhythm did not miss the game, hard head-to-head duels, and “smart” solutions on both sides but a more disciplined game of Croats brought the victory and semifinal game. In certain moments Serbs were late just enough, in defense, for Croats to find that extra pass for a seemingly easy goal”. Croats had their textbook man up with perfect passing which was the key to yesterday’s triumph. In general, in this match-up, man up/ down is always the key. More aggressive man down, creative man up, and lucid shots…win the game.

Croatia meets Spain. After a tough 7-6 against Montenegro, where the defense was remarkably good, the offense has to “wake up” to stand to Croats tomorrow. A young Montenegrin team with a lot of future in front of them stood up to the Spanish team which is being built and stays together (except for a new goalkeeper) since 2017. Tough, trustful defenses on both sides, adjustable down, furious counterattacks…as we mentioned before, a team with a bit higher inspiration in the given moment wins. Last evening was the same. Montenegro should be proud of what they have shown yesterday and on the other side, Spain did what their goal is, top 4.

All 7 European teams will meet again in two months or so In Split. Once more striving towards the top 4, things could change a lot in the meantime and we could witness much much better performance from all teams, especially once which lost last night. Last night’s loss is a long important motivator for the upcoming preparations for European.

Tomorrow we will enjoy the best 4 on the planet for one more time. Moments that athletes never forget, regardless of how many semi-finals they have played, each is a completely different story with a similar emotional burden.