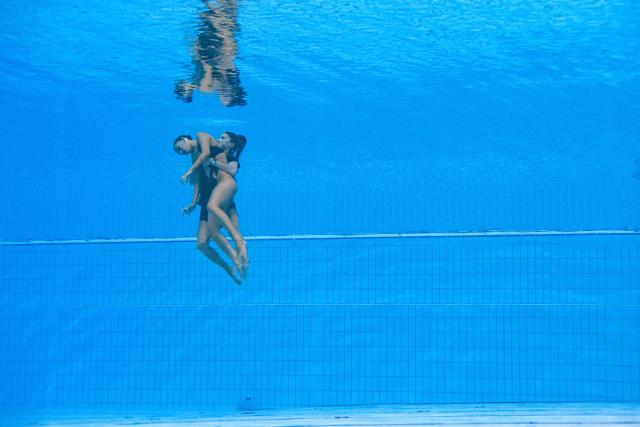 The final of the artistic swimming free solo provided one of the great scares of the FINA World Championships. American Anita Alvarez, coached by Spanish Andrea Fuentes, fainted while doing her exercise and had to be rescued by the coach, who jumped into the water to pull her out, and by a competition assistant.

Not the first time this has happened

The American team reported that this is not the first time it has happened to her. It happened to her last year in the qualifying trials. She is out of danger and will be evaluated in the coming days to establish the causes of what was her second fainting spell in less than a year.

“It was a good scare, I had to dive because the lifeguards didn’t do it. I was scared because I could see she wasn’t breathing, but she’s feeling great now, she’s at her best,” said Andrea Fuentes, coach of the U.S. artistic swimming team.

The experience was not a pleasant one for Fuentes, who after the moment of alarm told details of her experience in the pool in Budapuest, Hungary.

“Anita is much better, she is already at her best. It was a good scare, to be honest. I jumped into the water again because I saw that no one, no lifeguard, was diving in. I got a little scared because she wasn’t breathing, but now she’s fine. He has to rest. Tomorrow he will rest all day and he will be fine for the team final”, added sources hours later in exclusive words for MARCA.