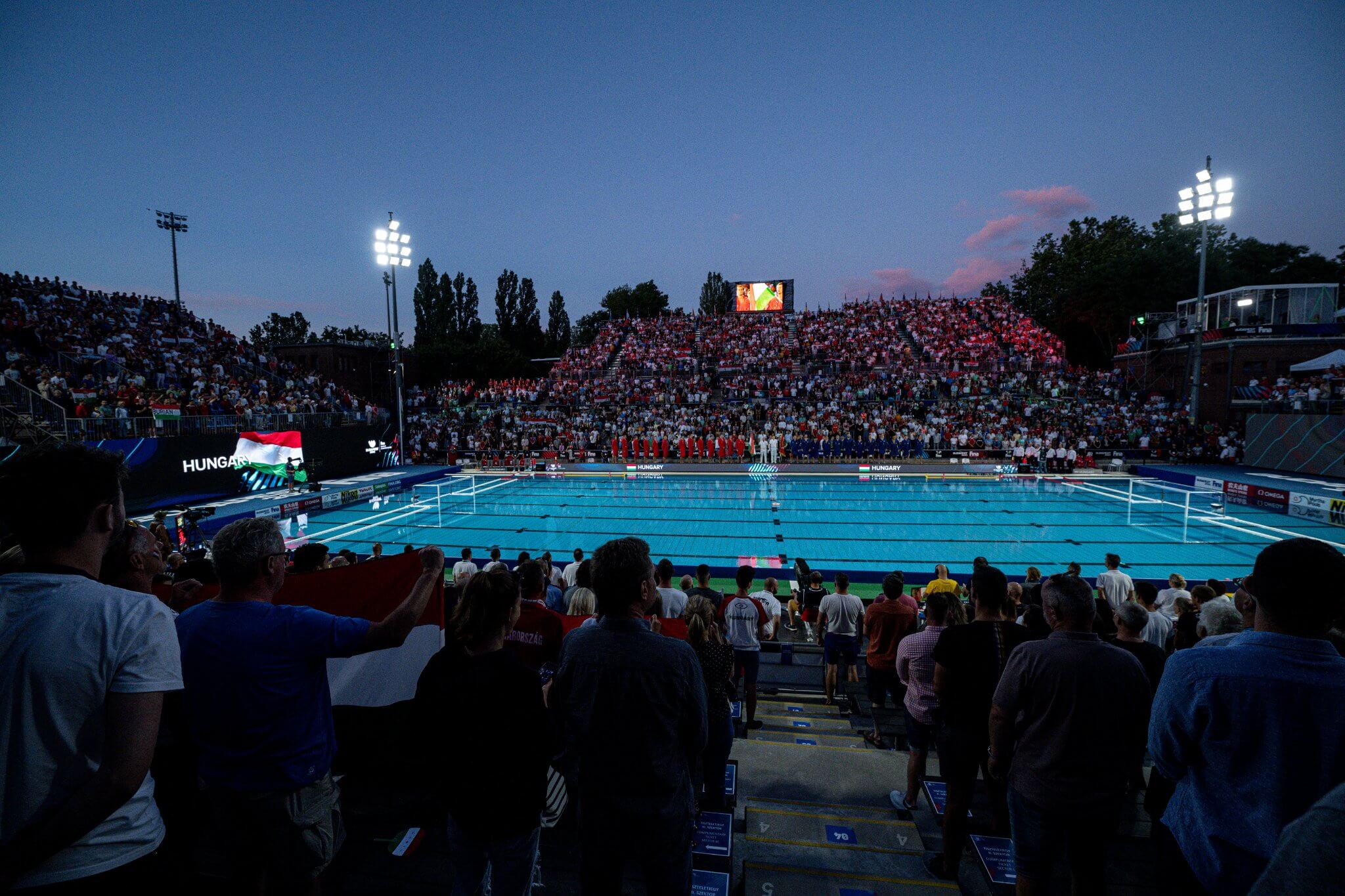 Marko Micic – ex-player and currently AEK’s (Greece) head coach – is breaking down the first and very exciting day of the men’s water polo tournament in the World Championship of Budapest 2022, along with Aquafeed24.

The opening evening of the men’s tournament in Hungary on the FINA World Championship was exciting, with 2 games that practically were decisive for the group placement.
Greece- Croatia, we have seen the amazing first half of both teams. First period 4:1 In favor of Greeks and then again in second period 4:1 but this time in a favor of Croatia!

On the Greek side new Center forward couple Kakaris – Nikolaidis, are young guys, motivated, with the big responsibility of replacing Kolomvos – Mourikis couple. This change came a bit sudden after Tokyo, with both players at the same time. But we have seen that Greek national team is adopting fast, adopting well, talented team which seems that has the same appetite for victories as the last year. Once again Zerdevas, goal keeper was brilliant on the post. Croatian with their new acquisition Kharkov, presented themselves on an opening evening with a bit unusual defense for them, M zone.

The trait of big teams is that they know to play everything, the fact that they have received only 8 goals tells a lot, as for the opponent team as well. Just what one game like this could give us; a lot of tough plays, adjustable defenses, and some awesome distance shots.
This was the game for the first place in Group B, so we might witness in next matches in this group scoring goals (or less) in order themselves in a better position for the upcoming cross games. (More about crosses in a few days).

The host team, Hungary, had also a tough opponent immediately, Montenegro. Both teams, traditionally aim for semis. After the first period which ended 4:4, in the 2nd and 3rd quarters we have seen a clockwork defense of Hungarians. Montenegro’s offense just could find a way to put the ball in the net. If Hungarians manage to maintain this defense and manage to expand that quality during more time of the game, I believe that they will be one of the finalists.

Respecting other teams, Hungarians have made a transition a lot earlier, this team is playing together since Tamas Marz came. Most other respectable teams have made the transition after Tokyo and practically this would be the first big competition for a lot of players this year. The fact that they are playing in front of the full stands which was beautiful to see, this is what water polo should be about, (Many thanks to the Director for showing us these moments from the game) having the clear motivation of playing in front of their loved ones, few years together now I would give a slightly bigger chance to Hungarians to put the Gold on their chest.

Never forget that the competition lasts two weeks, coaches are preparing their teams for cross-game and on. We still might see some strange choices here and there, but the sure thing is that these 2 games, even though a lot of players are coming after a long season and playing CL F8 only a few weeks ago, have promised us an exciting water polo tournament. 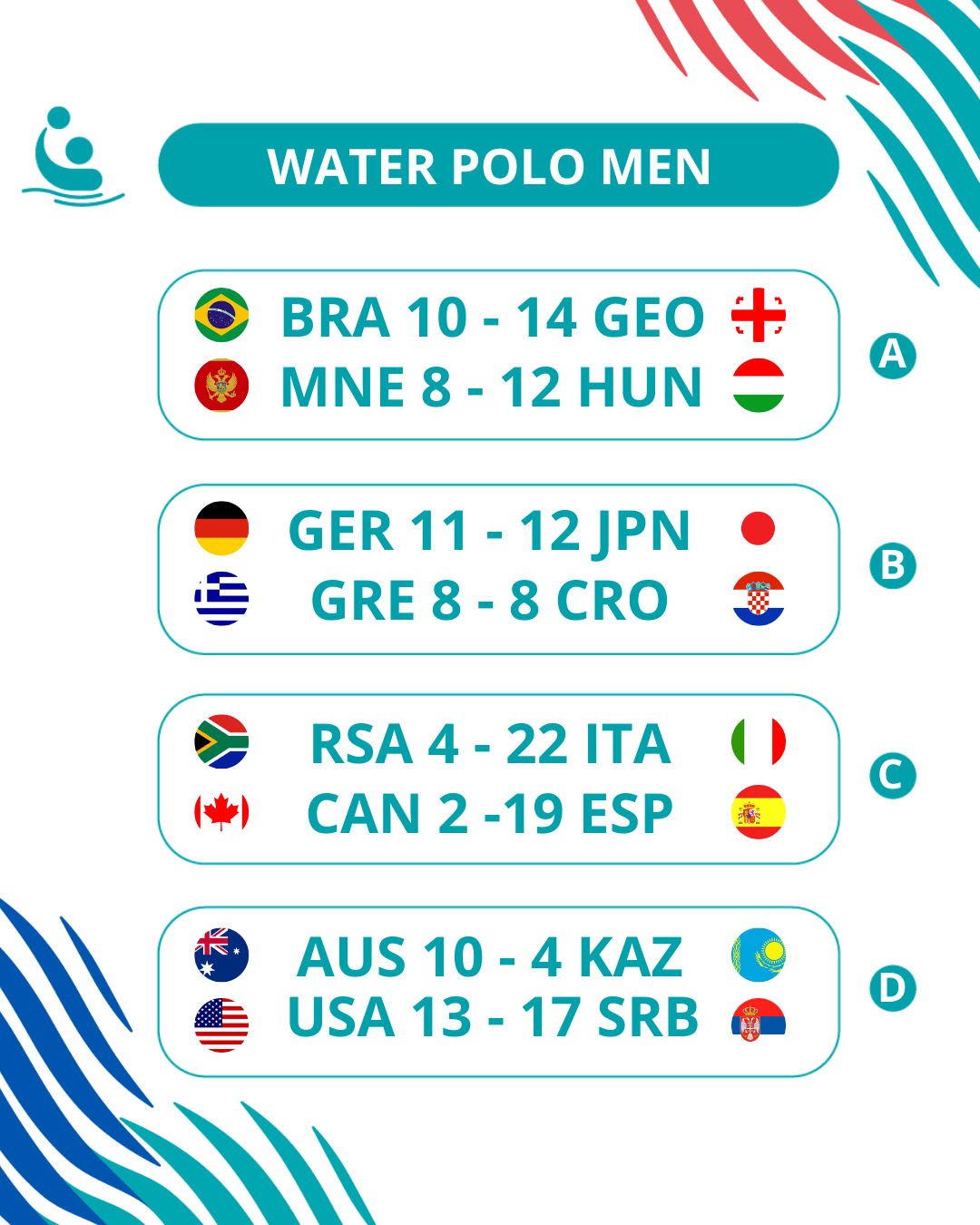