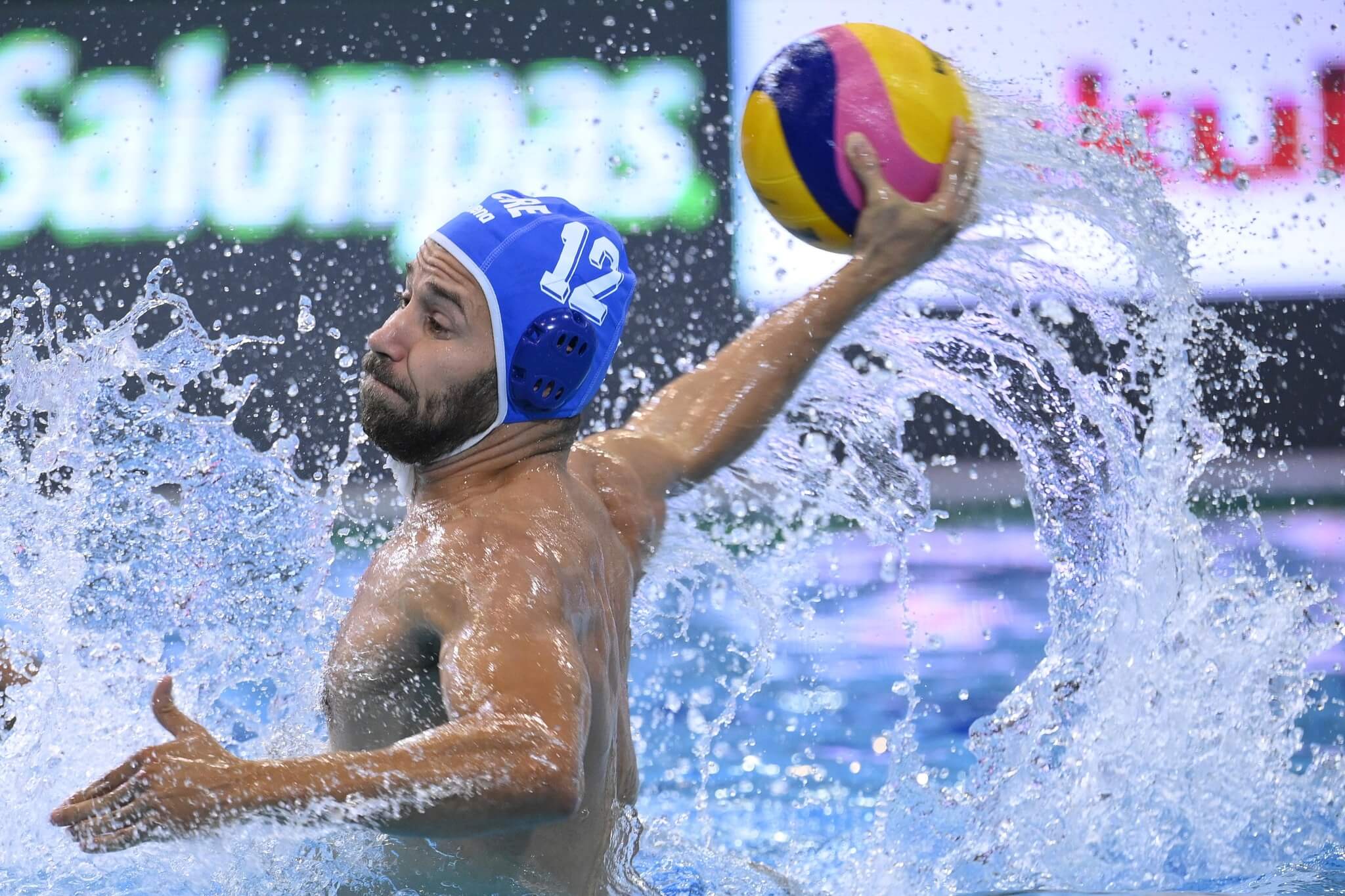 Marko Micic – ex-player and currently AEK’s (Greece) head coach – is breaking down the second day of the men’s water polo tournament in the World Championship of Budapest 2022, along with Aquafeed24!

No winner surprise in yesterday’s game day on Men tournament in Hungary. All teams which were to win did accomplish it. In some way, we already can see the leaders of the groups in the first place and automatically the first 4 teams’ Quarter-Finalists. The system of the competition gives a Day Off to these teams.

Time for everything; and a good rest, and a good training or two, fine-tuning in tactical part of the game, extra video…. it might sound a lot as you are reading this, but teams of this level they Do all this in even lesser than 3 days when it needed.

In Group A – Hungarians are at the lead with a remaining game with Georgia. Theoretically, sure win. As players and coaches, we never underestimate the opponent, because more than enough times we have seen the result of that kind of approach. Georgia has lost only one goal from Montenegro, which shows the seriousness of the work they have invested in Waterpolo last 7-8 years. Year by year, with serious head coaches, always with respectable “foreigners”, Georgia can put any rival in difficulty if the approach is not right. Nevertheless, I don’t doubt the success of Tamas Marcz team.

Group B started with a tie, Cro-Gre 8-8. In this case, the group leader is decided based on the goal difference with the 3rd team in the group, Japan as they won against Germans on the Day 1. Knowing this detail, of course, they knew it…, yesterday Greeks were chasing an extra goal, and some players even had a 100% shot (Stelios Argiropoulos 6/6, amazing for Waterpolo). 11 yesterday’s goals are more than respectable. Japan team with their signature game; constant drivings, 5m shots, everybody playing center forward, a really good swim, tough pressing always on the verge of exclusion, and the goalkeeper which is everywhere (he has even tried to steal a ball 6m meters from the post ?!) Has pushed a lot of opponents to their limits. Don’t be fooled by numbers (18-7), it is the most demanding opponent due to the game style there is. There were a lot of occasions where we could see this from the reactions of Greek players. Japan is interesting to see them play, but I think that players would not agree on the same thing for playing with them ☺️

Anyway, Croatia has to win with 12 goals to secure first place. Easy task or not, will see it tomorrow. Simple logic says if you want to reach the Top you have to do the necessary steps on that path. 100% interesting game, unless the CRO team has already decided which Cross game they are aiming for. Tactics for the game, tactics for all competition, training…perhaps another relatively “easy game” is desired by the team and the staff.

Group C – Italy – Spain! Two forces aiming for the final game! Whatever the result would be of game cancellation Italy-Canada (still don’t know the exact decision regarding point etc.) Tomorrow’s derby will be a joyful view. Old rivals, two different philosophies, rich histories, good friends, old teammates meeting in that clash. Like in all games of this level, the team with Higher Inspiration in the given moment wins. I would give slightly higher chances to Spaniards, only and only because I like their game style a bit more… we all got our favorites 🤷‍♂️

Group D – one more year in the group stage Serbian team “struggles with the opponent”. They seem heavy, shots are not at the peak, passes are …somehow…, they still don’t read defense as we have known them to do it, defense is still a gear or two or three down from their Peak….all this with Australian team on the other side which goes in each game with the mentality “All In”. Always physically well prepared, defense at the highest level adjusted for the opponent, amazing shooters which can not be left undisturbed for more than a second, inspired goalie…the result we have seen yesterday. For 26 27 minutes, they were head to head with 2 consecutive times Olympic winners. And it’s not the first time that we see Australians putting in that much trouble Serbs.

As I have mentioned 2 days ago, this tournament lasts 13 days. It’s not easy to maintain the performance that long (last year’s Greek team in Tokyo did it!!). Coaches have different approaches, aiming for the Peak Performance on different days and I am sure that from Quarter Finals and all teams will show us something else. All aspects of the game should be “improved”, especially Serbians as history tells us.

Tomorrow great game to enjoy, Italy – Spain, which is the last group to give us a first-place team. Hope the unfortunate event in the Canadian team would not put them or any other team In any undesired place and that everything will be well and safe for all participants in their group! 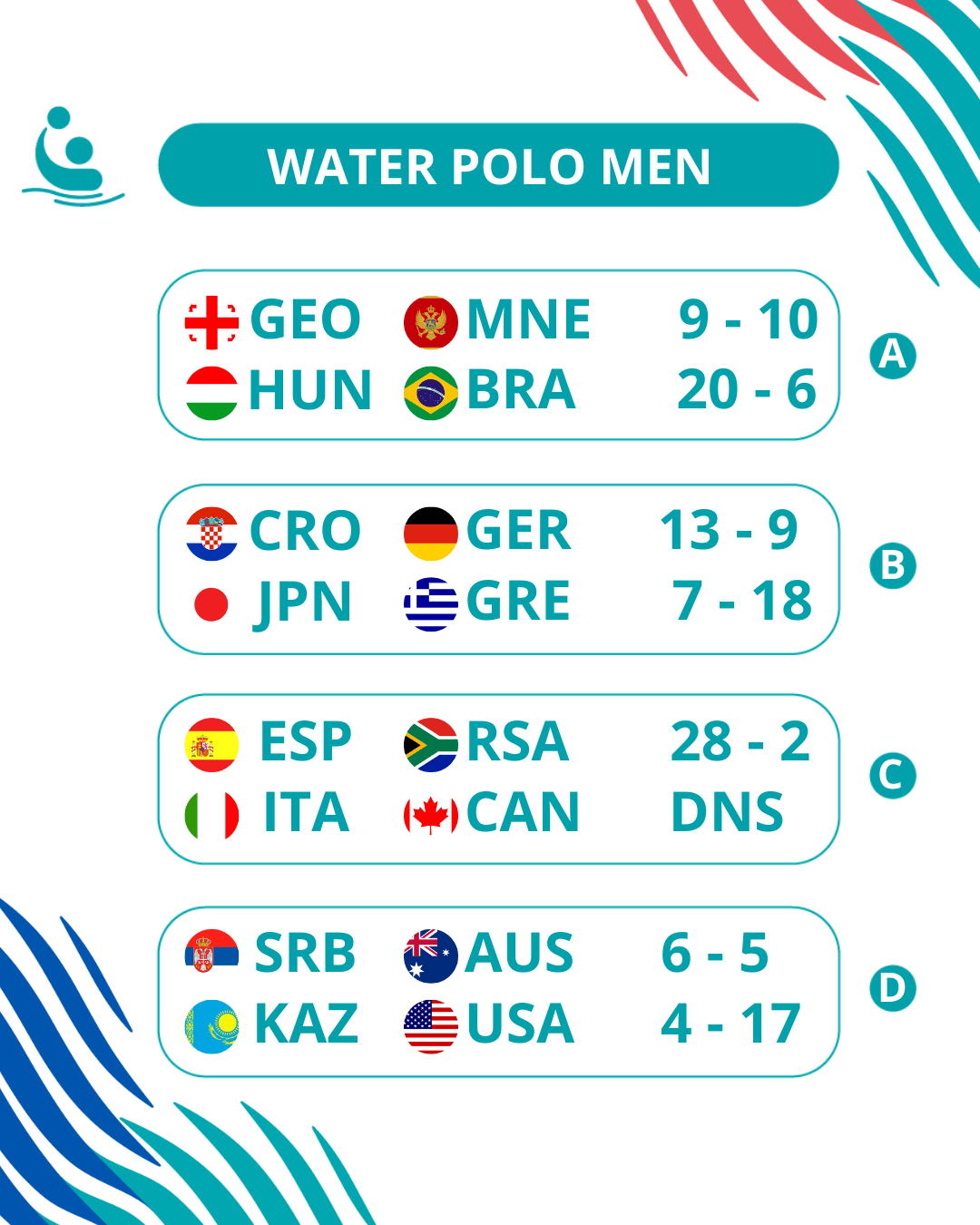 Sandro Campagna: “The semifinal against Greece will be much more demanding – physically and psychologically”.